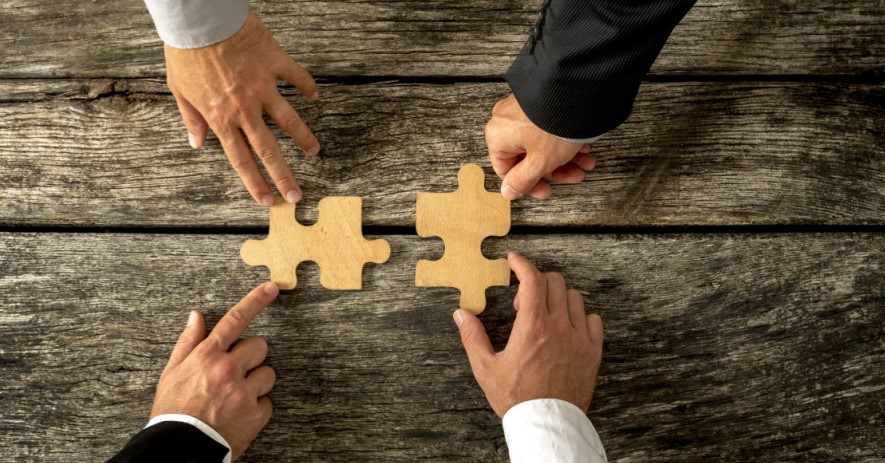 Dan Kreuter is Chairman of Gladstone, an M&A advisory firm which provides Buy-side, Sell-side, Merger Advisory and Corporate Planning for the independent financial advisory sector across the United States. Gladstone has successfully completed dozens of M&A transactions, scores of consulting assignments and Valuations in the sector.

The following is edited from Dan’s podcast interview for Real Assets Adviser Magazine:

1. 2018 was another record year for M&A activity among RIAs. What’s driving M&A

I think there are multiple factors and one “overarching driver”.

So the factors are:

2. Who are the buyers in the RIA space, and how do they differ?

Gladstone over the years has been on retainer with a select handful of these firms who have us go source properties for them, and we also represent the sell side. Most of the acquirers in the market, 75% of the acquirers, are RIA’s or RIA platforms. The RIA platforms are Serial Acquirers, which we would define as the group who are always looking for properties, they do multiple deals and virtually all of them are PE backed. There are some new entrants but many of them have been around with ten year track records, fifteen year track records doing this, so they’ve been at it a while.

The second sector of RIA’s is Large RIAs who want to get bigger whether it’s to service specific markets in terms of a client demographic, they want to be the biggest guy in Boston, or they’re in Boston and they have clients in San Francisco and they want to buy a firm in San Francisco to service clients there, and they’re looking to scale on the existing platforms they have already built. Serial Acquirers and Larger RIA’s is where most of the buying activity is occurring.

Banks used to be big players, they’re very much still in this; typically regional banks, community banks and S&Ls. With few exceptions, they’re looking to buy that one good firm although, some are serial acquirers and do multiple deals. Why are they buying? They want to gain more wallet share, they want to diversify their revenue stream and have stickier relationships.

The other active sector is, I don’t want to call them outliers, but that would be “everyone else”. So that would be the Affinity and Association Groups, Property and Casualty firms, Accounting firms, these are entities that have clients who need advice, and they need practitioners to dispense the advice and they want to own the advisory entity.

And the last sector is one that doesn’t get publicly published, and there are dozens and dozens of deals each year, small firms who are simply merging and collapsing into each other without a lot of fanfare and publicity.

That’s how we view the marketplace of buyers.

3. What has been the biggest deal to date?

If you want to look at the macro market, the biggest deal was probably private equity firm Hellman and Friedman buying Financial Engines and in combination with their investment in Edelman Financial, which is a very large independent advisor, they’re more of a W2 model, kind of a unique animal, but Financial Engines at the time of the transaction last year was $170 billion AUM and Edelman was over $20 billion AUM, so obviously that is a very significant transaction. There’s also been a number of billion dollar firms that have been acquired in the last couple of years.

We predict the advent of more “Mega-combinations”, and possibly even mergers of Serial Acquirers!

4. Give us a sense of scale. How many M&A’s were completed during 2018 and what was the average deal size?

There’s various publications saying various things; we think it’s around 100, I just read an article that said 88, so say 100 published transactions that were of size, transactions of folks that have AUM assets up to a billion dollars and more, typically in the $700-800 million range on average, so for the space they’re in they are sizable firms. But as I said there’s dozens and dozens more of smaller deals where people are simply combining forces.

5. Talk about the nature of these deal. What is the typical structure or characteristics?

At Gladstone we have an internal play book of the multiples and the terms of all the acquiring platforms. The reality is that the serial buyers all know each other’s deals and are probably within 20% of each other when you get down to it, the real difference is in structure; who the people are, what does the platform look like, is it a growth initiative or looking for someone who is sun-setting, what’s the brand, and how much is going to be cash versus equity in the new entity. So structures vary in terms of down payments and earn-out; serial acquirers tend to work in a tight model, one-off acquirers are all over the place. Multiples tend to be higher for larger firms and lower for smaller firms. But we believe that multiples on the value are pretty much in a tight band. People like to throw around numbers that they’ve heard, or someone got 15 years ago but the numbers are very similar, it’s the structures and the people and the demographics that are really going to be the differentiators. Just to give you an example, if you’re a billion-dollar firm and you have average $20 million dollar clients and you look more like a multi-family office, probably 80% of the acquirers are not the country club you want to be in. It’s really going to be a question of fit and demographics and do you have a better offering than we do, what can you do for me and my clients, not just what does the check look like.

6. How has the frenzy of M&A affected valuations?

We have to separate the difference between valuations and multiples. Valuations are what the business says its worth and multiples are what Buyers are actually paying on the discounted cash flow of the business and what the internal rate of return is. Two different things. We made a bit of science of this; we built software to evaluate these firms called the Gladstone eValuation Index which we sold a couple of years ago to a company called Truelytics out of Boston and they’re flourishing right now and creating the “Kelly Bluebook” for what valuations look like. Valuations from our perspective are based on discounted cash flows; client and advisor demographics; and several other factors with various levels of weighting and importance. Good firms always drive more value, and considering the very large firms that are lesser in numbers, naturally they have more dollars chasing them so they expand the valuations and what people are willing to pay for those. You really have to carefully look at the demographic of the client bases in these firms. Valuations are really shrinking, particularly among smaller firms that have a 65 or 70 year old owner and whose clients resemble them. Also as I mentioned earlier, multiples and structures among informed buyers are in a certain range that has remained fairly steady but the fact of the matter is that these businesses do have good margins, they kick off profits, and if you want to get that oceanfront real estate or that pre-war New York City co-op there’s only so many of them and there’s a cost to them. Various markets and conditions may drive costs up and down, maybe it’s better to buy when the equity markets are down 20% as opposed to up 20% but there is a lot of interest in the advisory market and if you want to get a good firm in a good wealth market, it’s not an inexpensive proposition.

7. What does fewer and larger RIAs mean for the use of alternatives and real assets in client portfolios? Do you expect a boost?

The simple answer from all the statistical data I’ve seen is YES, but the RIA market is an incredibly nuanced market. And do more sophisticated investors want more interesting investment options to augment their core portfolios? Absolutely. We see this as accelerating. Here’s a couple of bullet points on that:

Alternative Investments are incredibly varied and nuanced and can be perceived as complex, and the independent advisor market mirrors that complexity and nuance.

8. How does this trend tie into Fintech?

Smart advisors are embracing Fintech as a tool to drive efficiency in their business, increase margin, and improve the quality and quantity of client touches. Advisors who are simply asset allocators and nothing more will have their margins squeezed by the advances in Fintech going forward. We think it’s a double edge sword.

9. What are some of the other byproducts of the M&A’s in your estimation?

I don’t want to be perceived as just talking up our book because frankly if you have a great firm and you’ve got succession funded and the next generation in place you don’t have to sell your business. We look at five elements of power that you should get out of an M&A transaction, both as a buyer and seller, but let’s look at it from the seller’s perspective. Why are you going to do this? Well, you’re going to have buying power. The bigger you are the better deal you’re going to get from your product providers, custodians, technology folks, so it’s a simple mathematical equation, you get buying power when you’re bigger. You’re also going to have solutions and services power. You may be great at asset allocation but if you’re bought by a firm that’s great on risk, charitable giving, and other things you don’t do- so you get power there. Then if you go in with the right firm, advisors are in love with their own brand but typically you will get brand power if you combine with someone who’s got a powerful name and national brand and can invest in building it. You’re also going to get staying power in that you can tell your clients ‘hey I figured out my succession, I figured out what to do with your kid’s and grandkid’s investments, I have a whole team behind me and a bunch of 30 year old CFA’s on our staff so we’re good. You don’t have to worry about me getting hit by a trolley or having something happening to me.’ Lastly, it’s people power. Going to a bigger platform or a bigger firm enables you to be a part of a talented team with bench strengths that could be very difficult for you to duplicate or recruit if you’re on your own.